Close
Home Publishing Cityscapes #5: Design will not save the city
Tau Tavengwa, 20 March 2015

Cities occupy and mark space in very real and physical terms. There is nothing ephemeral about any city, whatever its size, nor is there anything abstract about the consequences that flow from a poor design decision. While important in debating the outcome of urban interventions, qualitative assessments like “good” and “bad” are not the central focus of the fifth edition of Cityscapes.

Framed by the proposition, “Design will not save the city”, the latest instalment of the magazine focuses on the human agents and actors who, in their capacity as citizens, are variously retooling the functions, capacities and possible outputs of the places they inhabit. What, we ask in this issue of Cityscapes, is the role of the citizen in city making? Is it possible that, instead of being passive recipients of design interventions, citizens can be co-authors or design partners?

Our lead article, written by journalist Kim Gurney, investigates citizen activism and enterprise in two peripheral Cape Town neighbourhoods, Khayelitsha and Dunoon. Gurney’s article proposes some possible South African sites of the citizen-led design and coproduction discussed by sociologist Richard Sennett and geographer Ash Amin. “My idea is that we have to think in a more modern way about design, thinking the way the artists think about assemblage, which is the creation of a whole of disparate or not-fitting-together parts,” argues Sennett.

Where past issues of Cityscapes have looked east, particularly to the Indian subcontinent, issue five shifts the focus decisively west. Inaugurating our collaboration with USP Cidades, a research centre at the University of São Paulo, architectural critic Fernando Serapião recapitulates the history of social housing design in Brazil. “Heirs of an architectural school with deep roots, Brazilian designers still believe in the ideals of linear blocks and it is difficult for them to dialogue with the precariousness,” writes Serapião.

Also in this issue of Cityscapes: a conversation with mathematician turned Columbian politician, Sergio Fajardo, who speaks to novelist Juan Diego Mejia about the origin and focus of his ambitious political project, which brought infrastructure, beauty and citizen entitlement to areas Medellín once ravaged by cocaine wars; an essay on roads and road literature in South Africa by Hedley Twidle; and a biographical profile of Funmilayo Ransome-Kuti, an uncompromising champion of women’s rights in Nigeria and mother of musical icon Fela Kuti. 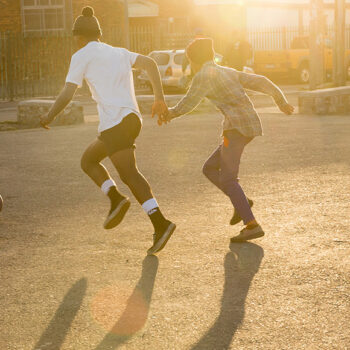