South Africa faces a critical urban challenge. This challenge includes the unfinished business of confronting the unequal legacies of the ‘apartheid city’, which divided people according to income and race, and generally promoted distorted development trajectories. South Africa’s urban future is also informed by new pressures. The nature and scale of urban growth – driven by the urban impacts of global economic transformation, technological shifts, climate change, and general insecurity – provide a fragile context for the multi-scale governance reform that we need to make cities more equal, resilient, and productive.

In 2011, the Cities Support Programme (CSP) was set up within the National Treasury of South Africa, as an intergovernmental platform for urban support and reform to address South Africa’s national urban challenge in the core metropolitan areas, and to promote inclusive, sustainable, and productive modes of urban and economic growth. Through CSP, the National Treasury has sought to promote the spatial transformation of large South African cities from their current fragmented, exclusive, and low-density forms into more compact and integrated places.

In 2018, as the first phase of the CSP programme was concluding, they commissioned ACC to document and reflect on three areas of their work: 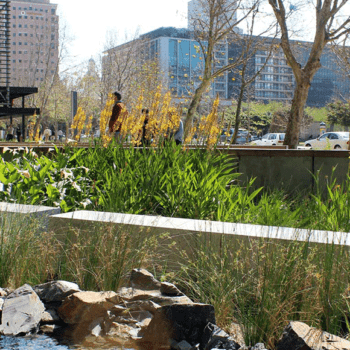