In every country in the world, especially poor countries, people experience ill-health because of what they eat. Not eating enough nutritious foods, and eating too much unhealthy food means young children do not grow properly, women, especially when pregnant, do not get enough vitamins and minerals, and many more people are affected by overweight and non-communicable diseases such as diabetes and hyper-tension. This is often called “malnutrition” and is especially serious for young children, including babies, many of whom are not properly breastfed or receive inadequate nutrients when they are under the age of five.

Most people in South Africa live in cities, where life is difficult for poor people. Storing and preparing nutritious meals at home is made difficult by long commuting times, inadequate basic services and cooking facilities. As a result, many urban dwellers often rely on fast food or food that does not spoil, like fatty fried food and sugary snacks and drinks readily available along commuter routes, places of work and in neighbourhoods. Strained money and time budgets also affect the nutrition of babies and young children.

In fact, the whole system of things that bring food into neighbourhoods makes it easier and cheaper to create an environment around people that is flooded by food that is not sufficiently nutritious. This food systems also impacts on government interventions to improve diets and nutrition, such as  Child Support Grant, or programmes designed to improve childhood nutrition, don’t reach their full potential. While South Africa has its own specific context, this is also the case in many other countries around the world.

The Nourished Child project seeks to understand what it would take to create a whole system of actions that will actually work for people who live in cities. This means ensuring that existing actions are better aligned with and supported by that food system, as well as designing new actions within the system that recognise the challenges in peoples’ lives.

We are going to provide evidence to know what this system of actions would look like. We will do this in a way that is not done very much: to actually start by listening to the people in urban settings who experience the problems we are talking about. We will talk to families who have children under the age of 5, as this is the group the evidence says needs most support, along with their mothers and other women who might have babies quite soon. We will seek to understand their neighbourhoods and find out what influences the foods they eat, and what could change that. We will talk to them about the ways the government already tries to help them and whether they know about them, or are able to respond to them. And together, we will design a system of actions that would actually work for them and their children. We will also talk to the government about what they can do, especially about changes further back into the entire food system, as well as in urban planning. And we will bring into a broader conversation all the people who have influenced what these people eat. Together we will work to design a system that supports children and their mothers eating foods that support their health and development.

RESEARCH OBJECTIVES
Our aim is to define and communicate what a systems approach to improving the quality of diets among children under 5 and women of childbearing age would look like in urban settings to address the double burden of malnutrition. To do so, the study has the following objectives and specific objectives:

1) Understand how existing systems that influence nutrition (food systems, urban systems, system of existing interventions) combine to influence diet quality in children under 5 and their mothers in the Western Cape, South Africa. Specifically, to:

2) Develop a systems approach to optimise interactions and coherence between these systems to improve diets, Specifically to:

3) Maximise the benefits of the findings in the study setting, and reap the benefits for other jurisdictions regionally and globally. Specifically to:

PLANNED IMPACT
The long-term vision of this study is to contribute to a reduction in the double burden of malnutrition in urban settings in the Western Cape, South Africa by improving the quality of diets among women and children under 5. The realization of this vision is beyond the timeframe of the proposed work, so we seek to establish the conditions under which this vision can be met. We seek to do so by increasing knowledge and shared understanding; enhancing agency and accountability; and accelerating implementation of effective action.

We seek to benefit 5 groups of beneficiaries, four of whom (1-4) are directly involved in the study:
(1) Women and children under the age of 5 at risk of malnutrition in urban areas of the Western Cape. They will benefit by eating more nutritious diets and having greater capability to respond to interventions designed to address the double burden of malnutrition.
(2) The Government of the Western Cape. The study has been designed to inform and make recommendations to aid the provincial government in delivering its Nourish to Flourish food systems strategy to improve nutrition and food security.
(3) Stakeholders in the systems relevant to the double burden of malnutrition in the Western Cape and beyond. The study will include the creation of 100-Day Action plans for all stakeholders to initiate the delivery of a systems approach and create shared accountability.
(4) UNICEF and its regional and country programme offices. UNICEF will be involved in dissemination of communications outputs and benefit from a better understanding of how to take forward its new Food Systems for Children programme, especially in urban settings.
(5) The Government of South Africa and other DAC countries in the region and around the world, and the low-income urban populations at risk of the double burden of malnutrition whom they serve. We will produce communications outputs to increase knowledge and understanding of a systems approach nationally, regionally and internationally. 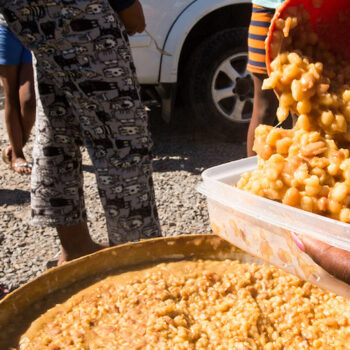 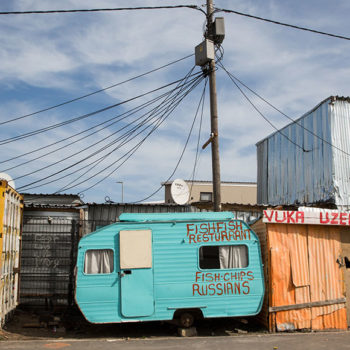