Mercy Brown-Luthango holds a DPhil in the Sociology of Work. Her main research focus is on the creation of sustainable human settlements with particular interest in the management of urban land and the operation of the urban land market. Her research has contributed towards a better understanding of the functioning of urban land markets and how inappropriate land management practices impact on poor people’s access to affordable and well-located land and housing in South Africa.  This research looks at the principles, instruments and potential of land value capture to address spatial inequalities and promote more equitable and  sustainable use of finite land resources.

Within the broad ambit of sustainable human settlements she has also done work on the effectiveness of upgrading of informal settlements as a tool to improve safety and reduce crime and violence in informal settlements as well as how urban communities engage the State and other actors in the provision of infrastructure and services. A thread that runs through her research and teaching is university-community engagement as co-production of knowledge.

Recent research projects include a study of the Voortrekker Road Corridor Integration Zone (VRCIZ) and the potential for socio-spatial transformation in the Western Area (Maitland, Kensington and Factreton). Another recent project called Youth, Identity and the City made use of photography and other participatory research methods to engage a group of 13 young people from marginalised area in a process of exploration and reflection on issues of identity, inclusion and mobility (spatially, emotionally and socially) in the city. 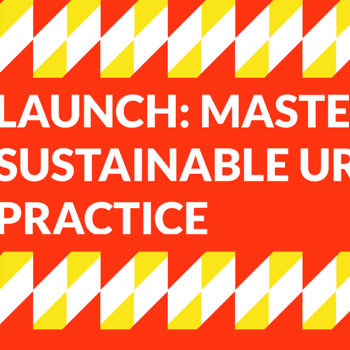