Home » News » In the Press: With support from CUT, WRI and ACC: ESRF hosts TULab meeting in Dar

With the support from the Coalition for Urban Transitions (CUT), World Resource Institute (WRI) and African Centre for Cities (ACC), Economic and Social Research Foundation (ESRF) in collaboration with Ministry of Finance and Planning hosted the Tanzania Urbanisation Laboratory (TULab) meeting in Dar es Salaam on Friday.

TULab launched August last year in an analytical paper titled Better Urban Growth in Tanzania which was built on the empirical and analytical base for understanding and fostering policy dialogue on the urban transition in the country.

The work was accomplished through a joint effort by a number of local and international stakeholders and was coordinated by the Ministry of Finance and Planning, the ESRF, and the New Climate Economy (NCE) – Coalition for Urban Transitions (CUT).

Speaking in her opening remarks in Dar es Salaam, ESRF Executive Director Dr Tausi Kida said: “In addition to sharing the research findings of that paper, we used that event to deliberate on the launch the Tanzania Urbanisation Laboratory – a program aimed at building capacity of stakeholders to identify and address issues related to Urbanisation in Tanzania.” 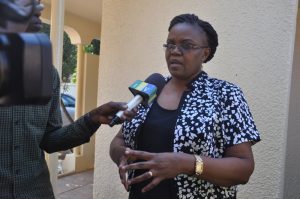 Dr Kida added: “The Lab was successfully launched and we really thank the Government through the Ministry of Finance and Planning for being in the forefront on this initiative and agreeing to chair the Lab.”

In September last year, the Lab commissioned three pieces of research that are intended to produce National Urbanisation Roadmap. The successful bidders presented their research plan to the Lab on 17th November, 2017 and preliminary findings on 16th March, 2018 and got valuable contributions, she observed.

She noted: “Today research teams will be presenting the final draft results and we do hope to get fruitful discussion from you. The first research is on understanding the current extent of urban infrastructure and services finance in Tanzania.”

She pointed out that the second piece of research describes the relationship between National and Local Government in Tanzania and its impact in the delivery of urban services and infrastructure.

“The third research piece provides missing urban data required to enhance investment in urban infrastructure in Tanzania. These research pieces will provide important material for the National Urbanisation Roadmap that ACC and WRI through CUT has been contracted to produce,” she said.

She insisted: “Important solutions regarding urbanisation will come from this Lab. This is a forum for deeper analysis and policy debate of key development challenges, particularly related to institutional setup to oversee urban development, financing of urban development, as well as connectivity and competitiveness of urban centers in Tanzania.”

She underscored that the Lab is expected to live for generations and will commission one more research on industrial pathways and will run a competition on innovative ideas on how to improve neighborhood, all of which will feed in the Urbanisation Roadmap and will be discussed more in the next Lab meeting planned on 14th September 2018.

“The soft launch of the National Urbanisation Roadmap will be on 30th November 2018. We will again meet on 8th March next year to discuss more on the industrial piece of research, competition and the roadmap and finally we planned to launch the roadmap on 19th July 2019 in Dodoma,” she concluded.

On his presentation titled ‘The relationship Between National and Urban Local Government in Tanzania and its influences on the delivery of services and infrastructure’, Dr Wilfred Lameck from Mzumbe University said: 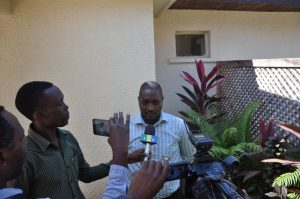 “One of our findings shows that there is merging conflict between councilors and DC’s office for example In Tunduma and Kigoma Ujiji municipal, we observed causes of the conflict on the change of land use plan for school, hospital & bus stand, revenue collection, one sided plan and budget allocation as well as RC and DC’s dishonor the decision of the council.”

He added: “As a result the power of the council is hijacked, running of the council without councilors, political tension increases, unfavorable business environment for example business shifted to the other side of the border (Zambia), shrinking revenue base as well as lack of sense of ownership of the development projects”

On their part, Ardhi University (ARU)’s presentation’s findings, reveals that although sharing toilets is common in low-income communities (on average 1 toilet serves 16 people), residents do not want to share their sanitation facilities with others households. 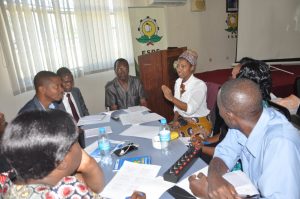 Dr Nathalie Jean-Baptiste from ARU said that the implication for future investments is that public toilets in low income settlements are not the user’s choice.

“Sanitation in informal settlements has a livelihood opportunity. In Keko Machungwa women fundis are organized around the construction of toilets which serves as one of their income generating activities. They complement urban services and simultaneously are changing the perception about women’s abilities as technicians and builders,” she said.

This article by Prosper Makene was first published on 8 June 2018 on Azania Post.

In the Press: It may just be a city, but is it a ‘just’ city? As in fair and open?
In the Press: Urban planning can help heal social injustices