The ACC is happy to announce the first academic seminar for 2016. Dr Sylvia Croese will be presenting a paper entitled, ‘World-class city making in Africa – a view from Angola through the redevelopment of the Bay of Luanda’.

This paper examines the redevelopment of the Bay of Luanda as the epitome of a process of world-class city making that has unfolded in the capital of Angola since the end of the war in 2002. In an era that has been marked by ‘Africa’s rise’, concomitant efforts towards the building of world-class African cities have generated growing research interest over the past years. However, often these efforts are seen as uncritically adopted or externally imposed imitations of global/world city models.

This paper aims to take world-class city making in Luanda seriously by analyzing its dynamics on its own terms, thereby moving beyond accounts that either romanticize or demonize this process. Based on an analysis of the history of the Bay of Luanda and the actors, discourse and imaginaries involved in its redevelopment, the paper makes three interrelated arguments. Firstly, it argues that while discourses underpinning world-class city making may reflect external or economic drivers, such as a desire to attract international investment, the case of Luanda shows that this practice can be equally or even more strongly driven by internal or political objectives, such as the pursuit of national legitimacy and domestic stability. From this follows that world-class city making in Africa does not necessarily have to be externally imposed, managed or financed, but that it can also be ‘home-grown’ and led by national rather than city governments, especially in resource-rich and authoritarian states like Angola. 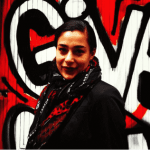 Dr Sylvia Croese is a post-doctoral research fellow at the department of Sociology at the University of Cape Town. She has written and conducted extensive research in and on Angola as a researcher and consultant and has an interest in issues related to housing and urban development, local governance and electoral politics in Africa.