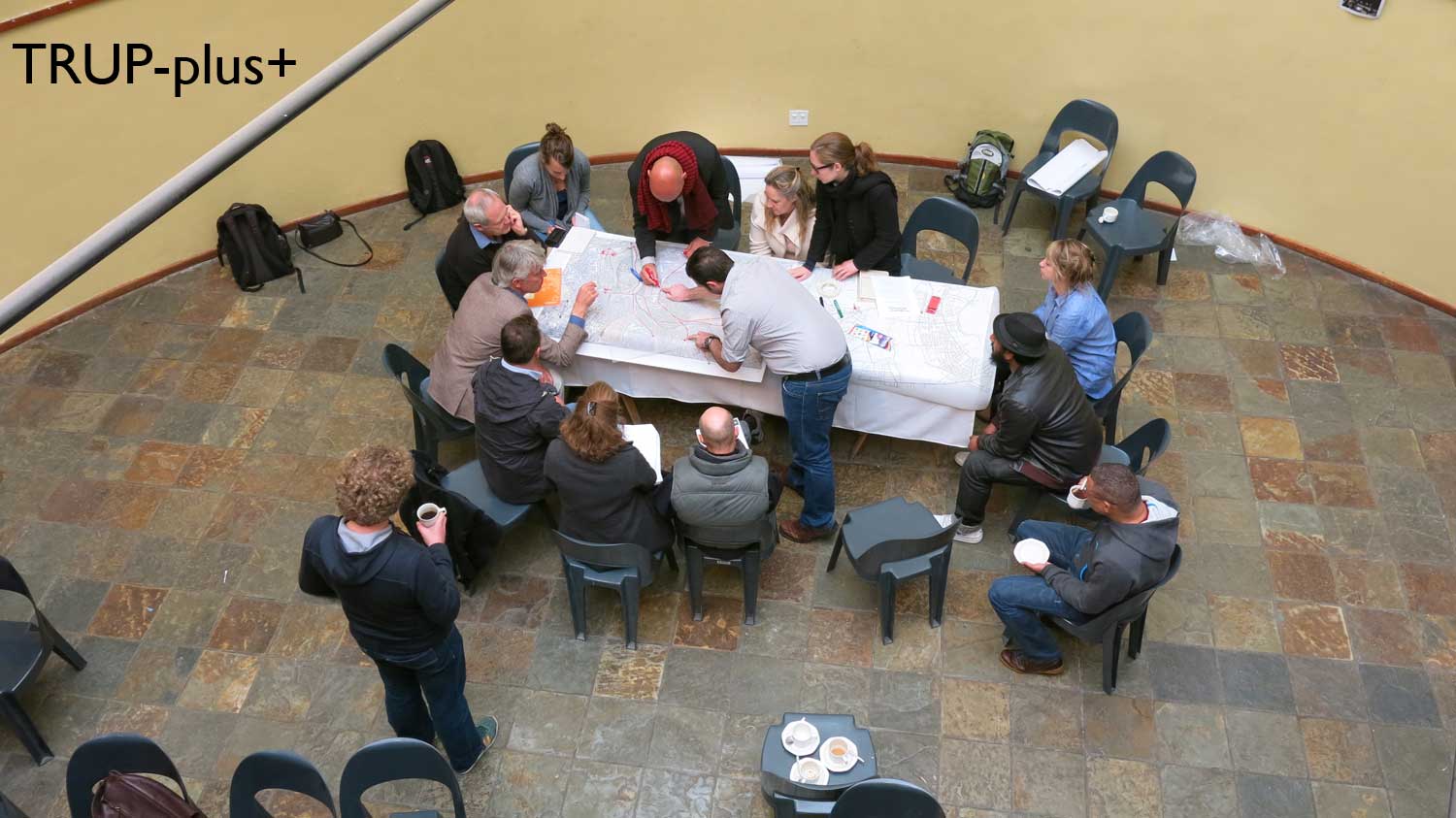 The Density Syndicate Think Tank invites you to participate in the presentation of a seven-month project by three multi-disciplinary teams of South African and Dutch designers, city officials and researchers looking at the future of three urban sites in Cape Town. As part of the City Desired Exhibition, project contributors, key City officials and a select number of stakeholders will convene on 3 November 2014 at the City Hall to review and discuss findings.

Twenty years after democracy, South African cities remain stubbornly divided, fragmented, inconvenient for the poor and uninspiring. This has manifested in cities made up of a patchwork of disconnected business districts, wealthy neighbourhoods, gated communities and poor townships. In the case of Cape Town, the affluent City Bowl and southern and northern suburbs stand in contrast to large swathes of township and informal areas. Despite considerable deracialisation of lower middle-class suburbs, the townships and informal areas remain profoundly mono-functional, racially homogenous and most vulnerable to a multiplicity of risks. It is uncontested that the current situation is socially, economically and ecologically unsustainable, yet, despite the availability of urban design expertise and policy commitment to transformation, we have very few compelling examples of how we can imagine and build our city differently. In order to explore how to address these challenges, ACC and INTI have worked with the City of Cape Town on a series of three speculative studios. By using the combined design intelligence of Dutch and South African specialists, The Density Syndicate has enabled the exploration of innovative, alternative strategies for the future of Cape Town.

The symposium will shed light on the proposed scenarios and will invite key stakeholders from local government, academia and mass media to provide feedback on their appropriateness, viability and desirability. The format provides a platform for authors to exhibit the proposal and for  key ‘respondents’ to immediately interrogate proposals and raise questions for debate. Animated deliberations are expected to set the tone for an enlightening symposium.

The sites studied by the Density Syndicate are the following:

Lotus Park is a small informal settlement situated between the Khayelitsha-Cape Town train line and the Lotus River Canal. Lotus Park is adjacent to western forecourt of the Nyanga Junction station. The Lotus Park team focused on: maintaining existing density to avoid any relocation; consider how best to optimise mixed use (economic, social and cultural) planning; taking the Lotus River into account in advancing sustainability planning principles.

Voortrekker Road stretches around 15km from Woodstock in central Cape Town, through Maitland, Goodwood, and Parow to Bellville. It is a busy transport corridor between Bellville and the CBD and is lined with a range of small businesses and light industry. Of particular interest to this project is the Maitland stretch of the corridor. There is a significant unrecognised African immigrant population living and running small businesses in the area and offers another kind of opportunity for exploring density and diversity in Cape Town. In particular, it offers an opportunity to explore a different model of urban regeneration to what has unfolded in the Woodstock and Salt River stretches, anchored by creative industries and high-end retail and fine dining.

The TRUP-plus+ site is a greenfield strip that includes the Two Rivers Urban Park and the Athlone Power Station. Situated halfway between the airport and the Cape Town CBD, the decommissioned Athlone Power Station site is uniquely located between three very different suburbs: Pinelands, a predominantly middle class ‘white’ suburb; Athlone, a predominantly ‘coloured’ neighbourhood’; and Langa, a largely poor ‘black’ area. The TRUP-plus+ offers a unique opportunity of experimenting with possibilities of social integration at the nexus of these suburbs.

Conference Programme will be uploaded soon. Watch this space!

The Density Syndicate is a think-tank initiative by the African Centre for Cities (ACC), International New Town Institute (INTI), and in collaboration with the City of Cape Town and Violence Prevention through Urban Upgrading (VPUU). It has been made possible by the City of Cape Town, the Dutch Creative Industries Fund, the Ministry of Foreign Affairs of the Netherlands and the Netherlands Consulate General, Cape Town. It is also a programmatic component for NL@WDC2014, an initiative of the Netherlands Consulate-General in Cape Town.