Twenty years after democracy, South African cities remain stubbornly divided, fragmented, inconvenient for the poor and uninspiring. This stems in large part from the legacy of Apartheid spatial planning: the ideal of single family homes on individual plots of land, and politicians allowing developers to choose the way of least resistance for the expansion of the city, producing extensive urban sprawl. This manifested in fragmented cities made up of a patchwork of disconnected business districts, wealthy neighbourhoods, gated communities and poor townships. Sadly, the unintended consequences of post-Apartheid urban policies have consolidated this legacy leaving a landscape of neo-Apartheid urbanism in its wake.

In the case of Cape Town, the affluent City Bowl and southern and northern suburbs stand in contrast to large swathes of township and informal areas. Despite considerable deracialisation of lower middle-class suburbs, the townships and informal settlement areas remain profoundly mono-functional, racially homogenous and most vulnerable to a multiplicity of risks—fires, floods, crime, social violence, evictions and so on.

It is uncontested that the current situation is socially, economically and ecologically unsustainable. Yet, despite the availability of urban design expertise and policy commitment to transformation, we have very few compelling examples of how we can imagine and build our city differently. Moreover, we are struggling to figure out ways to achieve greater urban integration whilst also establishing more sustainable pathways into the future. The planning and policy imperative of greater urban density is a powerful lens to address the dual imperatives of social integration and urban sustainability.

In order to explore how to achieve densification that allows for different uses and the interaction of different people, ACC and INTI are working with the City of Cape Town on a series of three speculative studios. By using the combined design intelligence of Dutch and South African designers and urbanists, The Density Syndicate will explore innovative, alternative strategies for the future of Cape Town.

The Density Syndicate will take the form of three speculative studios situated in three different urban areas: a large greenfield strip that stretches from the Two Rivers Park (Observatory) to the Athlone Power Station; an informal settlement brownfield context—Lotus Park in Gugulethu; and a brownfield context along Main Road in Maitland. Each site offers a unique set of parameters and contested interests (please see site information below for details). A group of 5 Dutch and 8-10 South Africans will develop speculative designs for densification in each of the areas, keeping in mind how important it is to create viable ways of achieving mixed-income, transit-based and sustainable ways of living.

The teams will be supported by a reference group including representatives from the City of Cape Town, an economist, a social scientist, an historian, an ecologist and relevant design thinkers such as a representative of the Cape Craft and Design Institute. Additionally each team will work with Masters students from the University of Cape Town.

The SA-NL design teams will meet in Cape Town from the 12-16 May 2014 to investigate their respective sites and brainstorm about possible interventions. ACC and INTI will co-coordinate a workshop, allowing the SA-NL partners to work through ideas using “design-as-research” and explore possible solutions to Cape Town’s planning issues. A second studio will happen between 7-11 July to exchange and refine ideas. In September/October, the Dutch architects will once again join their counterparts in Cape Town for a final workshop that result in the production of plans, models and supporting narratives that will be processed for the exhibition.

International New Towns Institute: As a think tank specialized in planned cities and urban extensions, INTI’s strength is an extensive knowledge of historical and contemporary urban planning practices, coupled with experience in hands-on ‘research-by-design’ projects in Shenzhen and Chandigarh.

The partnership between ACC, INTI, City of Cape Town and the Netherlands Consulate General provides a strong framework for this project. Each partner brings specialized knowledge and different insights to the table with a shared commitment to a more integrated and just Cape Town.

Site One: Greenfields Strip: Two Rivers Urban Park to Athlone Power Station
The Two Rivers Urban Park is the area at the confluence of the Liesbeek and Black Rivers and is a significant greenfield site for Cape Town. It encompasses an area that includes the South African Astronomical Observatory; the Maitland Garden Village; the Mowbray Golf Course; Valkenberg East and within it the Oude Molen Village. It has been earmarked by the City of Cape Town (CoCT) as an important social, historical, environmental and economic site, and therefore the CoCT has prepared a comprehensive spatial development framework for the area. It is however, highly contested. For example, the Oude Molen Village is an established and well organised eco-community including a range of micro-enterprises such as a café and bakery, a nursery, and horse paddocks, in addition to small-scale agricultural production. Since the closure of the psychiatric hospital in the 1990s, the Oude Molen Village has developed into an important site for environmental and creative experimentation. Many of the residents are squatters and this community has been resisting CoCT’s plans for the area feeling they inadequately address their claim and vision for the land. Additionally, the CoCT’s plans do not include a significant engagement with the need for centrally positioned low cost housing. Despite the comprehensive plans, implementation is at its infancy and this provides a unique opportunity to contribute to a current developmental debate at the intersection of the human, environmental and economic needs of the city.

Situated halfway between the airport and the Cape Town CBD, the decommissioned Athlone Power Station site is uniquely located between three very different suburbs: Pinelands, a predominantly middle class ‘white’ suburb; Athlone, a predominantly ‘coloured’ neigbourhood’; and Langa, a largely poor ‘black’ area. The legacy of apartheid spatial planning is still evident in South African cities, and the Athlone Power Station Site offers a unique opportunity of experimenting with possibilities of social integration at the nexus of these suburbs. The Spatial and Urban Design Department of the CoCT has conducted a pre-feasibility study identifying the potential for mixed-use development in the area. Like with the Two Rivers Urban Park, although the CoCT has already come up with some preliminary plans for the area, this project could offer a unique set of recommendations for, or constructive challenges to, these plans.

Site Two: Informal Settlement: Lotus Park
Lotus Park is a small informal settlement situated between the Khayelitsha-Cape Town train line and the Lotus River Canal. Since the 1980s Lotus Park transitioned from a forested area to a relatively densely populated and volatile settlement. By the end of the 1990s the area had largely been cleared of trees and became a dumping ground and notorious for being dangerous. In 2001 the area was surveyed and allocated as residential land. Lotus Park became home to three different communities that had been moved from very different locations (some from flooded areas and others were backyarders at Kiki Hostel). Situated between the old fault lines of Mannenberg and Gugulethu, this fractured community, vying for limited space and resources has left the area conflicted to this day. A relatively small area, Lotus Park has around 1500 households and a population of 6000 approximately people. Currently Sun Development and the VPUU are in the process of liaising with the City of Cape Town about developing the neighbourhood while maintaining its density. This offers a unique opportunity to the Density Syndicate to feed into a real life project.

Site Three: Brownfield site: Main Road Maitland: Voortrekker Road Corridor
Voortrekker Road stretches around 15km from Woodstock in central Cape Town, through Maitland, Goodwood, and Parow to Belville. It is a busy transport corridor between Bellville and the CBD and is lined with a range of small businesses and light industry. The CoCT has identified the corridor as an accelerated planning priority, and has established an Area Coordinating Team. In addition, The Tygerberg Partnership (a partnership between local interest groups and the CoCT) has leveraged funds through World Design Capital 2014 and is planning to implement their ‘Future Tyger’ project as part of WDC2014. Unlike the previous sites, less is known about or been concretely planned for the Voortrekker Road Corridor. Of particular interest to this project is the Maitland stretch of the corridor. There is mixed-use development potential, and artists fleeing gentrifying areas such as Woodstock have started creating new cultural pockets in the area. Additionally there is a large officially unrecognised African immigrant population living and running small businesses in the area. It therefore offers another kind of opportunity for exploring density and diversity in Cape Town. 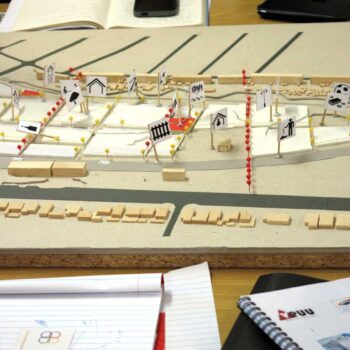 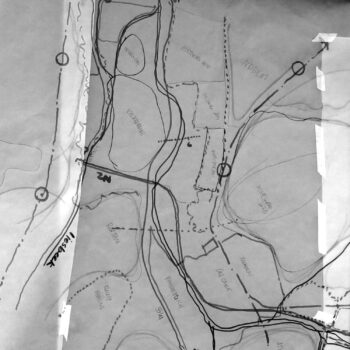 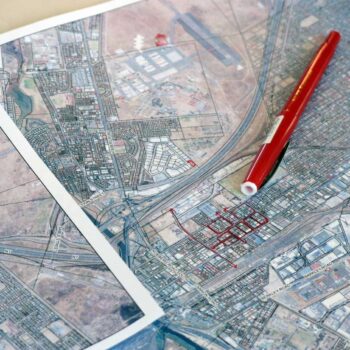